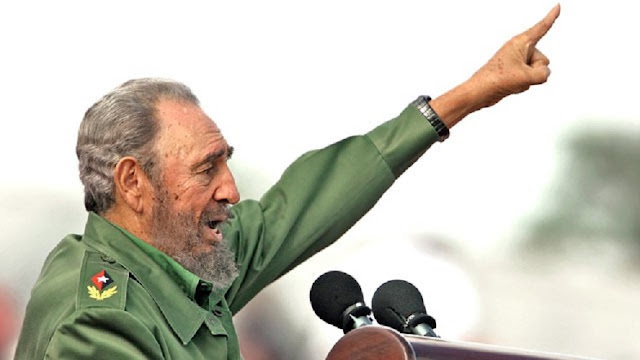 Cuban revolutionary leader Fidel Castro has passed away at the age of 90 on Friday, Cuban state TV announced.

The lawyer-turned-guerrilla overthrew the US-backed dictator Batista's government and established a communist state in 1959.

He later went on to repel a US-backed attack and survived countless assassination attempts during nearly half a century in power.

Here is how some of the US Politicians reacted to the death of Fidel Castro.

'The tyrant #Castro is dead. New hope dawns. We will stand with the oppressed Cuban people for a free and democratic Cuba. Viva Cuba Libre!'

Texas Senator Ted Cruz:
'Fidel Castro's death cannot bring back his thousands of victims, nor can it bring comfort to their families,' wrote in a Facebook post.

'Today we remember them and honor the brave souls who fought the lonely fight against the brutal Communist dictatorship he imposed on Cuba.'

Former President Jimmy Carter: 'Rosalynn and I share our sympathies with the Castro family and the Cuban people on the death of Fidel Castro,' Carter said in a statement.

'We remember fondly our visits with him in Cuba and his love of his country. We wish the Cuban citizens peace and prosperity in the years ahead.'

Secretary of State John Kerry:
'As our two countries continue to move forward on the process of normalization - restoring the economic, diplomatic and cultural ties severed by a troubled past - we do so in a spirit of friendship and with an earnest desire not to ignore history but to write a new and better future for our two peoples.'

Republican Ed Royce, the chairman of the House of Representatives' Foreign Affairs Committee:
'For more than half a century, the Cuban people have suffered under the brutal dictatorship of the Castro clan. No one should rule anywhere near as long as Fidel Castro did. His legacy is one of repression at home, and support for terrorism abroad. Sadly, Raul Castro is no better for Cubans who yearn for freedom.'

Congresswoman Ileana Ros-Lehtinen:
'A tyrant is dead and a new beginning can dawn on the last remaining communist bastion of the Western hemisphere. We must seize the moment and help write a new chapter in the history of Cuba; that of a Cuba that is free, democratic, and prosperous.'

'Over six decades, millions of Cubans were forced to flee their own country, and those accused of opposing the regime were routinely jailed and even killed. Sadly, Fidel Castro's death does not mean freedom for the Cuban people or justice for the democratic activists, religious leaders, and political opponents he and his brother have jailed and persecuted.

'The dictator has died, but the dictatorship has not. And one thing is clear, history will not absolve Fidel Castro; it will remember him as an evil, murderous dictator who inflicted misery and suffering on his own people.

'The future of Cuba ultimately remains in the hands of the Cuban people, and now more than ever Congress and the new administration must stand with them against their brutal rulers and support their struggle for freedom and basic human rights.'

Arkansas Senator Tom Cotton:
'Fidel Castro created hell on earth for the Cuban people. He will now become intimately familiar with what he wrought.'

U.S. Senate Majority Leader Mitch McConnell:
'While Fidel Castro is gone, sadly the oppression that was the hallmark of his era is not. It is my hope that the Cuban regime will use this opportunity to turn the page for the good of the Cuban people and for all those living in the Americas. Freedom and democracy are long overdue in Cuba.'

Former Florida Gov. Jeb Bush:
'While Fidel Castro is gone, sadly the oppression that was the hallmark of his era is not. It is my hope that the Cuban regime will use this opportunity to turn the page for the good of the Cuban people and for all those living in the Americas. Freedom and democracy are long overdue in Cuba.'

House Speaker Paul Ryan:
'Now that Fidel Castro is dead, the cruelty and oppression of his regime should die with him. Sadly, much work remains to secure the freedom of the Cuban people, and the United States must be fully committed to that work. Today let us reflect on the memory and sacrifices of all those who have suffered under the Castros.' 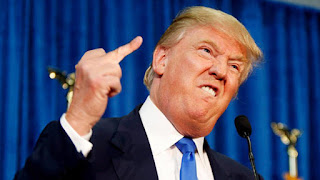 'Today, the world marks the passing of a brutal dictator who oppressed his own people for nearly six decades.
Fidel Castro's legacy is one of firing squads, theft, unimaginable suffering, poverty and the denial of fundamental human rights.
While Cuba remains a totalitarian island, it is my hope that today marks a move away from the horrors endured for too long, and toward a future in which the wonderful Cuban people finally live in the freedom they so richly deserve.
Though the tragedies, deaths and pain caused by Fidel Castro cannot be erased, our administration will do all it can to ensure the Cuban people can finally begin their journey toward prosperity and liberty.
I join the many Cuban Americans who supported me so greatly in the presidential campaign, including the Brigade 2506 Veterans Association that endorsed me, with the hope of one day soon seeing a free Cuba.' 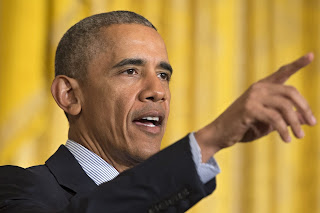 At this time of Fidel Castro's passing, we extend a hand of friendship to the Cuban people. We know that this moment fills Cubans - in Cuba and in the United States - with powerful emotions, recalling the countless ways in which Fidel Castro altered the course of individual lives, families, and of the Cuban nation.
History will record and judge the enormous impact of this singular figure on the people and world around him.
For nearly six decades, the relationship between the United States and Cuba was marked by discord and profound political disagreements.
During my presidency, we have worked hard to put the past behind us, pursuing a future in which the relationship between our two countries is defined not by our differences but by the many things that we share as neighbors and friends - bonds of family, culture, commerce, and common humanity.
This engagement includes the contributions of Cuban Americans, who have done so much for our country and who care deeply about their loved ones in Cuba.
Today, we offer condolences to Fidel Castro's family, and our thoughts and prayers are with the Cuban people. In the days ahead, they will recall the past and also look to the future.
As they do, the Cuban people must know that they have a friend and partner in the United States of America.'