Candy Vs Gun: Armed Robbers Flee as Shop Attendant Threw Candies at Them 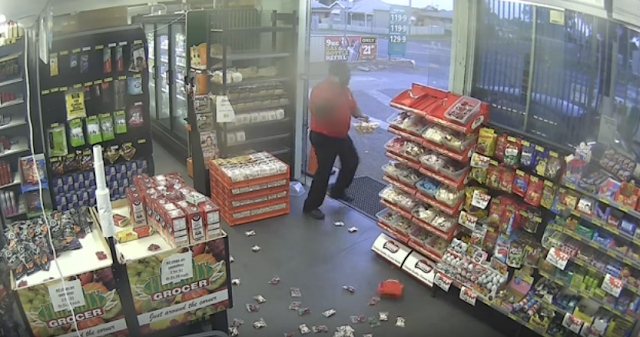 A shocking YouTube video is making rounds as it shows an armed robber and his accomplice fleeing in a car after the shop attendant threw candies at the robbers.

It is seen that two robbers drive to a shop, in Australia, and one armed robber tries to enter the shop. The reason is not yet known.

When the armed robber headed to enter the shop, the shop attendant is seen throwing candies at the robber and the robber was seen fleeing away.