Donald Trump Jr and Eric Trump are Holidaying in the Maldives 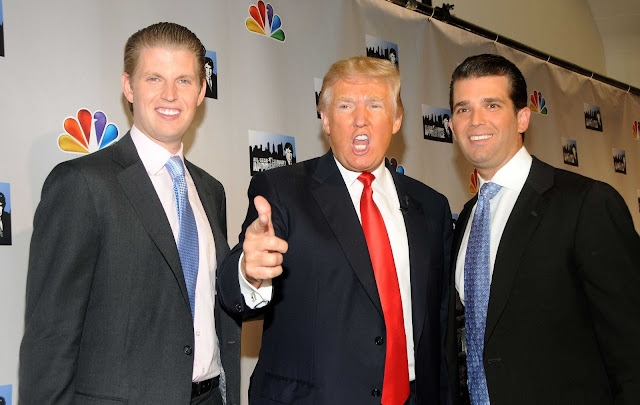 Amid the chaos in the United States after President Donald Trump became the 45th US President, first children Donald Trump Jr and Eric Frederick Trump are reportedly holidaying in the Maldives.

As Maldives is a popular escape for many of the celebrities and politicians, the Trumps waited for no time after their busy schedules in the campaign days.

Local media in 2012 reported that Donald Trump Jr visited the Maldives then in search of investment opportunities in the Tourism Sector in the Maldives.

Maldives Country Profile:
The Maldives is a tropical nation in the Indian Ocean composed of 26 ring-shaped atolls, which are made up of more than 1,000 coral islands. It’s known for its beaches, blue lagoons and extensive reefs. The capital, Malé, has a busy fish market, restaurants and shops on the main road, Majeedhee Magu, and 17th-century Hukuru Miskiy (also known as Friday Mosque) made of carved white coral.