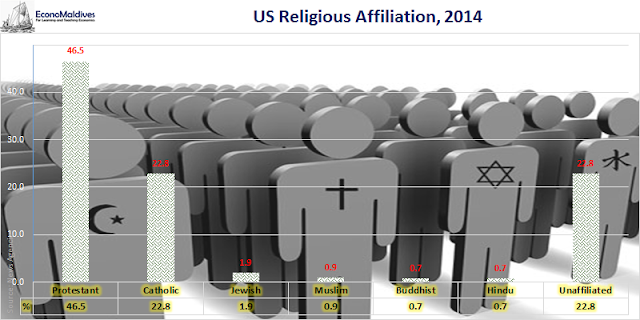 According to a 2014 study by the Pew Research Center, 70.6% of the American population identified themselves as Christians, with 46.5% professing attendance at a variety of churches that could be considered Protestant, and 20.8% professing Roman Catholic beliefs.

US Muslim population is less than 01 percent of US Total Population irrespective of the fact that they are always over-estimated by media and politicians to fool Christians and Jews.