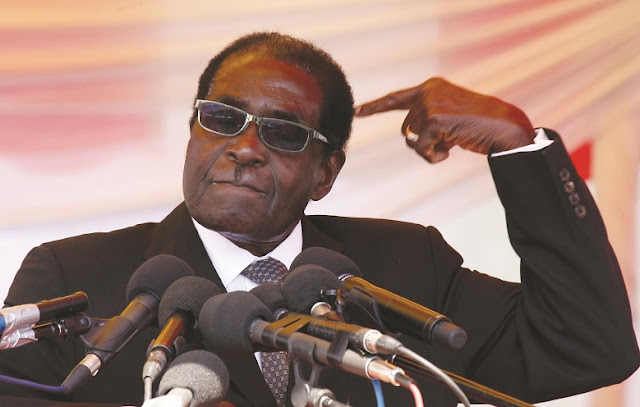 Speaking while addressing war veterans in Washington, Trump warned Mugabe and other like minded dictators who want to die in power, that their time is up and its just a matter of time before they face justice.

"I want to reiterate here before America’s greatest heroes that I will not condone any dictatorial tendencies exhibited by dictators around the world especially the two old men from Zimbabwe and Uganda" Trump added. "Mugabe and Museveni must be put on notice that their days are numbered and that I am going to arrest them and lock them in prison. If the past American administrations have failed to stop these two despots, I will personally do it".

Trump became the 45th US President and now he is in White House and Mugabe continues doing what he dose best.