On This Day in 2015: Amid the Protest from Male Priests, Libby Lane Became the First Female Bishop of the Church of England 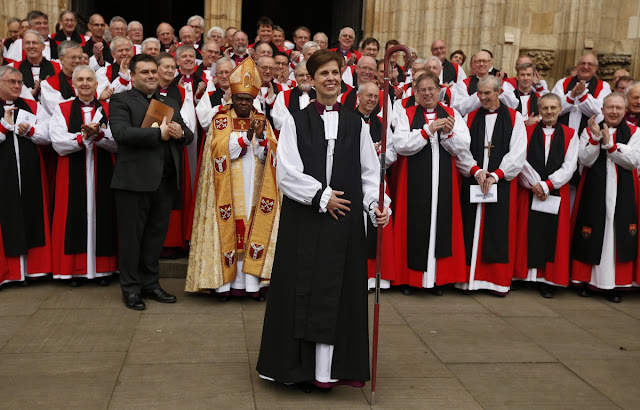 On January 26, 2015, the Church of England ended centuries of male-only leadership as Libby Lane became its first female bishop in a ceremony briefly disrupted by a traditionalist priest's protest.

The protest from male priests raised eyebrows on the position of women in Christianity.

Elizabeth Jane Holden "Libby" Lane is a Church of England bishop. Since January 2015, she has been the Bishop of Stockport, a suffragan bishop in the Diocese of Chester. Wikipedia