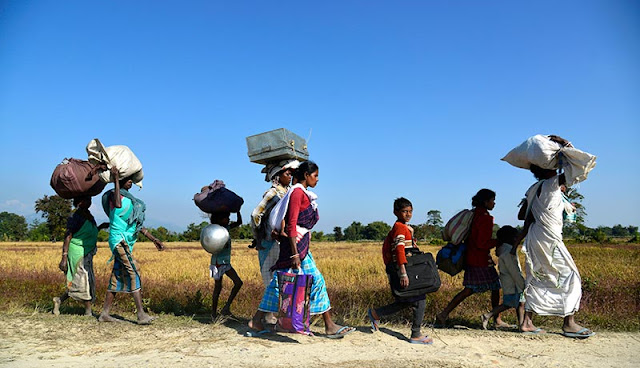 Development projects frequently result in the displacement of peoples from homes giving way to dams, highways, or other large-scale construction projects.

"Being forcibly ousted from one's land and habitat by a dam, reservoir or highway is not only immediately disruptive and painful, it is also fraught with serious long term risks of becoming poorer than before displacement, more vulnerable economically, and disintegrated socially" - Michael Cernea, 1996.

Development-induced displacement can be defined as the forcing of communities and individuals out of their homes, often also their homelands, for the purposes of economic development. Natural resource extraction, urban renewal or development programmes and infrastructure projects such as highways, bridges, irrigation canals, and dams all require land, often in large quantity. One common consequence of such projects is the upheaval and displacement of communities. It is estimated that 10 million people were displaced annually by these so called "developmental activities."

However, national leaders and policy-makers typically viewed these as legitimate and inevitable costs of development, acceptable in the larger national interest. Pt. J.L. Nehru said 'If you have to suffer, you should do so in the interest of the country'.