On This Day in 2016: First UN Chief from the African Continent Died 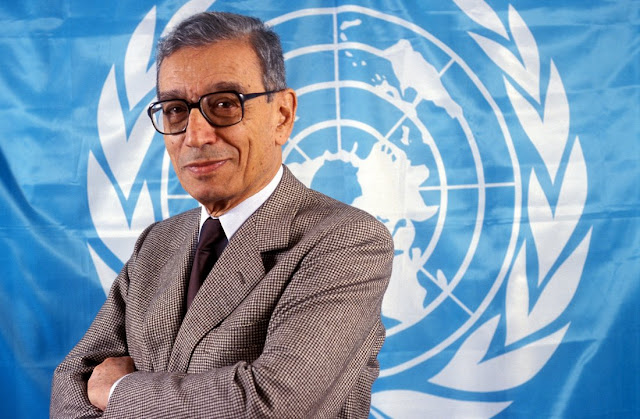 On February 16, 2016, Boutros Boutros-Ghali (93), the first UN chief from the African continent, died in Cairo. He helped negotiate Egypt's landmark peace deal with Israel but then clashed with the United States when he served a single term as UN secretary-general (1992-1996).

Boutros Boutros-Ghali was an Egyptian politician and diplomat who was the sixth Secretary-General of the United Nations from January 1992 to December 1996.