Ants Have The World's Fastest Strike 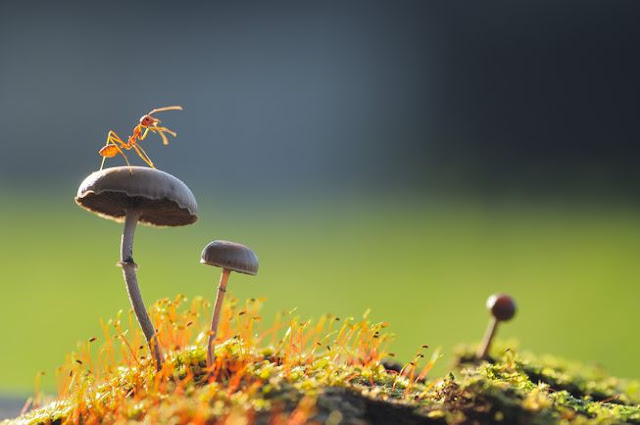 Ants are eusocial insects of the family Formicidae and, along with the related wasps and bees, belong to the order Hymenoptera. Ants evolved from wasp-like ancestors in the Cretaceous period, about 99 million years ago and diversified after the rise of flowering plants.

More than 12,500 of an estimated total of 22,000 species have been classified. They are easily identified by their elbowed antennae and the distinctive node-like structure that forms their slender waists.

The tiny ant has the fastest jaw in the animal realm; its mandibles closes 2,300 times faster than a blink of an eye.

It can lock its jaws shut at between 78 mph and 145 mph and the average time for a strike is mere 0.13 milliseconds.

That's faster than the previous record owner for the fastest strike; mantis shrimp.