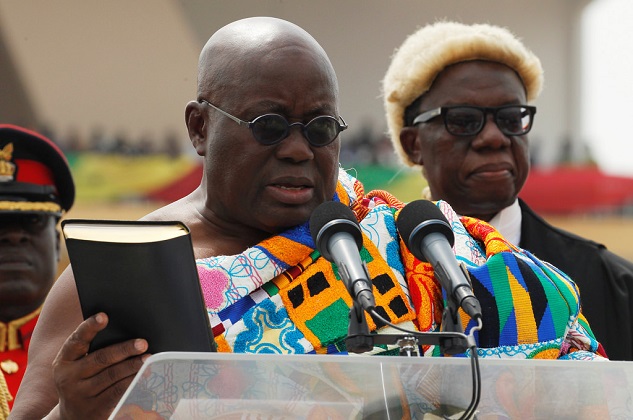 New Ghana leader Nana Akufo-Addo had an embarrassing start after he was accused of lifting major portions of speeches made by former US presidents and used them in his inauguration address. Akufo-Addo gave the speech that has sent tongues wagging during the ceremony at the Independence Square in the country's capital Accra on Saturday.

Claims have emerged the speech contained portions of speeches delivered by Bill Clinton and George Bush.

Nana Addo Dankwa Akufo-Addo is the President of Ghana, in office since January 2017. He previously served as Attorney General from 2001 to 2003 and as Minister for Foreign Affairs from 2003 to 2007.