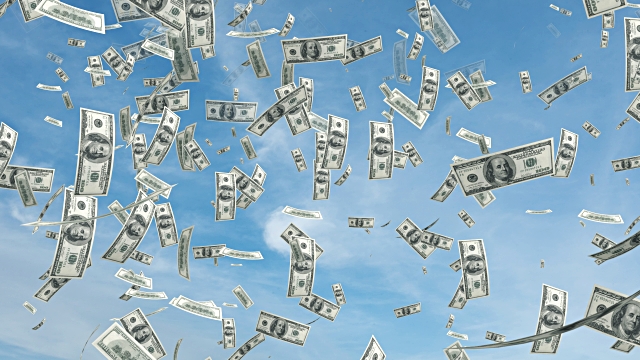 Dollar bills began falling on pedestrians, seemingly from the sky, in US city of Indianapolis on Tuesday.

A witness reported the incident to the police, pointing an officer towards the roof of a building from where the money appeared to be falling.

The police later found hundreds of $1 bills on the roof.