On This Day in 2007: Steve Jobs Unveiled the First iPhone 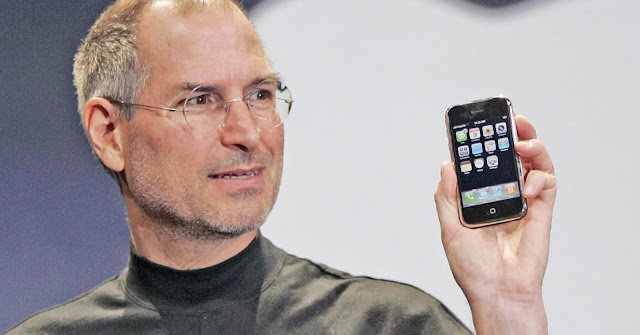 In 2005, Apple CEO Steve Jobs conceived an idea of using a multi-touch touchscreen to interact with a computer in a way in which he could type directly onto the display, essentially removing the physical keyboard and mouse, the same as a tablet computer. Jobs recruited a group of Apple engineers to investigate the idea as a side project. When Jobs reviewed the prototype and its user interface, he conceived a second idea of implementing the technology onto a mobile phone. The whole effort was called Project Purple 2 and began in 2005

The iPhone (commonly referred as the iPhone 2G), is the first smartphone model designed and marketed by Apple. It is the first generation of iPhone that was announced on January 9, 2007 after years of rumors and speculation.

It was introduced in the United States on June 29, 2007, and it featured quad-band GSM cellular connectivity with GPRS and EDGE support for data transfer.

On June 9, 2008, Apple announced its successor, the iPhone 3G. The original iPhone has not received software updates from Apple since iPhone OS (now iOS) 3.1.3.