We Die in Aleppo, You Die Here - Altintas

Andrei Karlov, 62, the Russian ambassador to Turkey, was shot dead Monday night at a gallery in Ankara.

Gunman was named as Mevlüt Mert Altintas, 22, a member of the Ankara special forces police department. He was killed later and his parents, sister and roommate are arrested.

The assassination follows days of protests in Turkey over Russia's role in the bombing of Aleppo, Syria. 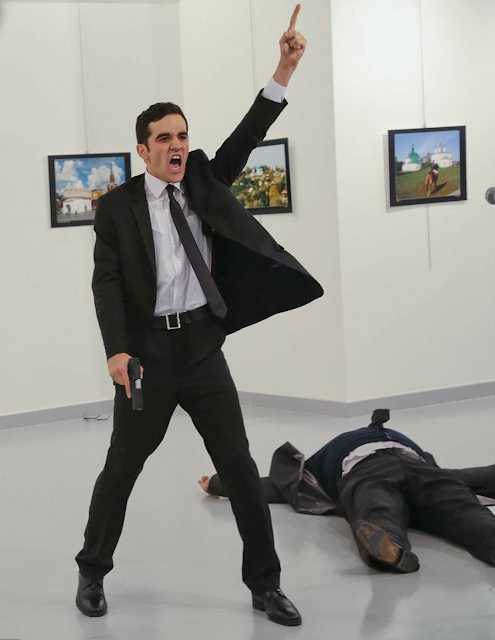