Demonetization in Maldives, India and Europe 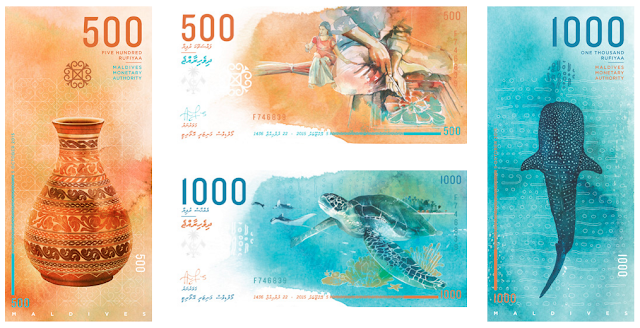 Demonetization is the act of stripping a currency unit of its status as legal tender.

Demonetization is necessary whenever there is a change of national currency. The old unit of currency must be retired and replaced with a new currency unit.

Maldives replaced its old currency notes this year. According to a press release by MMA dated 26 January 2016, the Maldives Monetary Authority has introduced its new family of polymer banknotes.

Existing notes circulated in parallel until 1 June 2016, and can be exchanged for new notes for a period of five years.

The announcement was made by the Prime Minister of India Narendra Modi in an unscheduled live televised address to the nation at 20:15 Indian Standard Time (IST) the same day.

The banknote denominations of ₹100, ₹50, ₹20, ₹10 and ₹5 of the Mahatma Gandhi Series continued to remain as legal tender and were unaffected by the policy. The demonetization was done in an effort to stop counterfeiting of the current banknotes allegedly used for funding terrorism, as well as a crack down on black money in the country. The move is also aimed at reducing corruption, drug menace and smuggling.