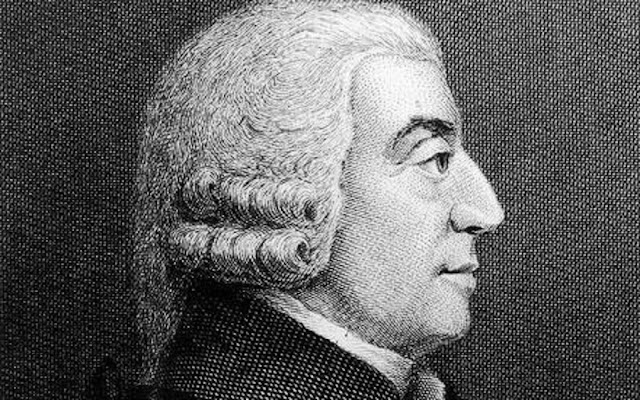 Adam Smith FRSA was a Scottish moral philosopher, pioneer of political economy, and a key figure in the Scottish Enlightenment.

Adam Smith was an 18th century philosopher renowned as the father of modern economics, and a major proponent of laissez-faire economic policies.

In his first book, "The Theory of Moral Sentiments," Smith proposed the idea of the invisible hand—the tendency of free markets to regulate themselves by means of competition, supply and demand, and self-interest.

Smith is also known for his theory of compensating wage differentials, meaning that dangerous or undesirable jobs tend to pay higher wages to attract workers to these positions, but he is most famous for his 1776 book: "An Inquiry into the Nature and Causes of the Wealth of Nations."