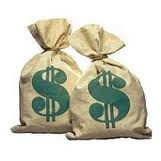 Barter system refers to the direct exchange of goods for goods without the use of money. People preferred Money Economy over Barter Economy due to the inconveniences in the Barter system.
Evolution of Money
Money is anything which is generally acceptable in exchange for goods and services and in the settlement of debts.

1. Commodity Money
In the primitive societies, some commodities such as animal skin, beads, shells, arrows, tobacco, wheat etc were used as commodity money. But, soon it they were abandoned as they did not possess some essential qualities of money such as acceptability, divisibility, portability etc.

2. Metallic Money
After sometimes, people started using some metals such as bronze, nickel, copper, silver, gold etc in their transactions. Difficulties faced in weighing and scarcity of these metals led to the development of Coinage. Later, the ruling authorities replaced unstandardized coins with standardized coins. Still there were problems of trimming and debasing.

3. Paper Money
Early goldsmiths used to accept the deposit of gold and silver. They issued receipts for the precious metals deposited with them. These receipts were paper claims to gold. It can be exchanged for gold at any time. People realized that these receipts were far easy for the payments of debt and other transactions than carrying gold. As these receipts were accepted by people in the process of exchange, these receipts became the first paper money in the history of money. At present, each country issues its own paper notes, but they are not convertible into gold.

1. Medium of Exchange
Money is acceptable by everyone. It has removed the difficulties of barter economy.

2. Measure of Value
The value of goods and services are now measured in terms of money.

3. Store of Value
Money helps to store wealth for a longer period. But it is not a good store of value during inflation.

4. Standard for Deferred Payments
Goods and services can now be obtained and payment of debt can be settled sometimes later.

Types of Money
Money is generally classified into three forms;

1. Metallic Money
Metallic money consists of coins made up of gold, silver, copper etc. It varies in weight and value.

Bank
Bank is a financial intermediary. It is a deposit-taking institution who acts as a repository for money deposited by other economic agents. Each country has a state owned Central Bank to regulate the banking system.